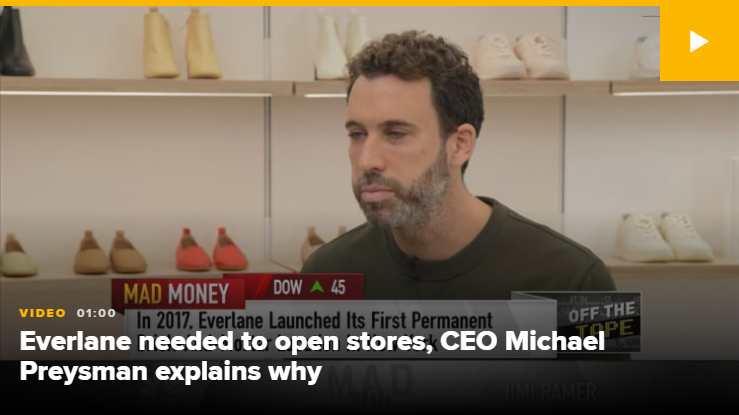 Preysman, who founded Everlane in 2011, made his remarks to the “Mad Money” host from the company’s brand-new store in Williamsburg, a hip neighborhood in Brooklyn, New York.

“What online-only company is really profitable? Basically none of them. That’s this dirty secret,” Preysman said in an interview that aired Thursday.

In 2012, Preysman swore off the world of physical retail, telling the New York Times he would rather “shut the company down” before opening a store. The San Francisco-based Everlane began as a direct-to-consumer brand.

But the situation has evolved for Everlane as the company matures. In addition to its new Brooklyn store, it has a shop in Manhattan, Los Angeles and San Francisco.

With the new year, comes new retailers pairing with Locally every single day.

Omnichannel Is Dead. The Future Is Harmonized Retail

Excerpted from Steve Dennis at Forbes.com

It's the most... wonderful time... of the year. Come get your shop on with some of Locally's newest retailers

Like a tasty cornucopia made out of brick and mortar, Locally is overflowing with new retailers in time for Thanksgiving

Good news, Talech users: You can now effortlessly share your inventory with nearby shoppers.

Brand Launches: The Thrills of October