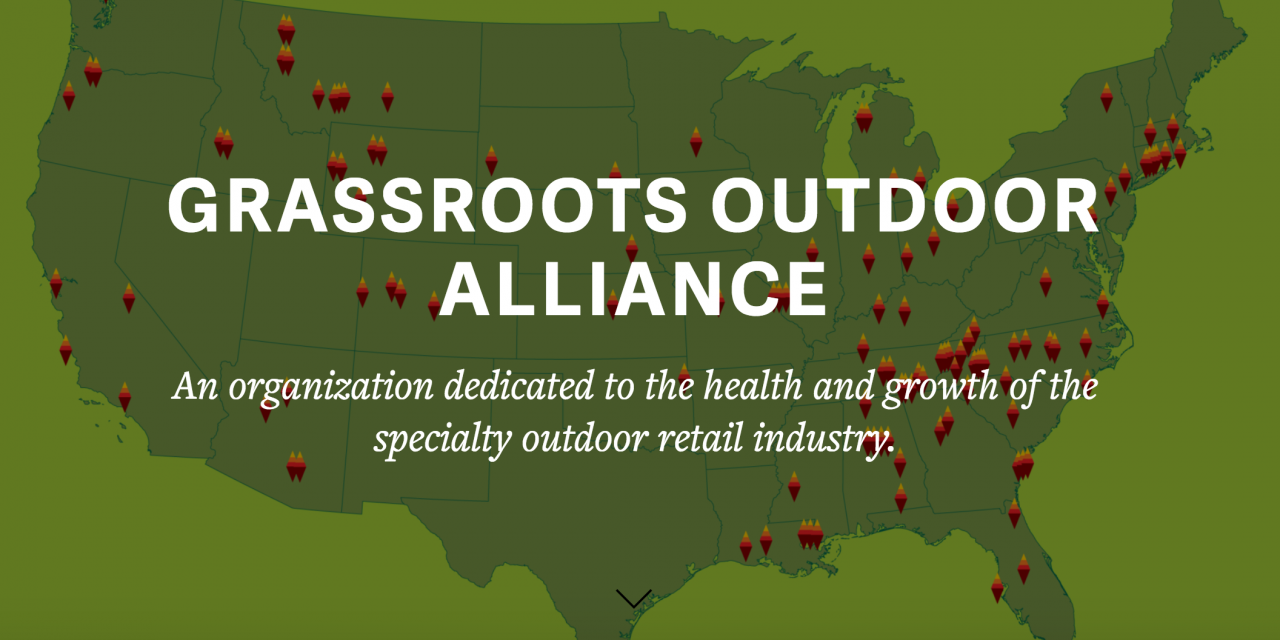 If one person strays off trail, there’s little impact. Barely a disturbance, only a few rocks moved, likely no evidence at all to the untrained eye.

But if a dozen people walk off that same trail in that same place … or a few dozen, or a hundred … there’s an undeniable collective impact, even though each individual felt what they were doing wasn’t that big of a deal. Of course, when the erosion is complete, it degenerates into an unfortunate pathway of its own.

In late 2018, during the traditional outdoor industry 4Q holiday push, marketing efforts in the Outdoor Industry combined to make their own impact on the consumer landscape.

Unfortunately, as opposed to a traditional message of aspiration and quality, the Outdoor Industry combined to send a fundamentally different message to consumers — telling them instead that we are an industry of perpetual discounts, available cheaper by the day, each holiday season.

For the last two years, Grassroots Outdoor Alliance has monitored promotional emails during the holiday period from approximately 250 brands, tracking the frequency and content of those messages during a seven week period in November and December.

Grassroots Outdoor Alliance defines “promotional” as any email sent to a consumer with a subject line offering discounting (recorded offerings ranged from 10% to 75%); or one of a variety of well-known discount terms such as “Black Friday” or “Cyber Monday”.

Those numbers would grow further through a few untracked industry best practices, such as social media amplification on Facebook, Twitter and Instagram; or widening “Friends & Family” discount programs that discount beyond industry professionals.

And the impact of the messaging would be even more sizable when extrapolated to include the entire outdoor industry — an estimate of 1400 brands — more than five times that of the Grassroots study.

However you choose to build out these statistics, the reality is that it’s a very big number, repeating a very clear message, and during a condensed time frame. Our powerful collective voice is telling a very memorable story, it’s just not a good one.

In defense of individual brands sending out an occasional discount email, the commonly held stance is that the effort is not “significant,” nor does it have an impact on their overall sales.

Unfortunately, that defense sounds a lot like that hiker who wanders off trail just a little bit from time to time. Together, we do have an impact.

HYTEST Guides Shoppers to Nearby Stores with Locally's Technology

Locally.com Drives Shoppers to their Favorite Brands at Nearby Shops

Find a bike near you and pick it up today!

DUER Steers Shoppers to Nearby Stores with Locally Technology

DUER leans in to support their retailer network

Locally’s Partnership with Board Retailers Association

As of Jan 1, we now collect and remit all sales tax due.

Locally and RenderSEO working towards the same goals

Use Epicor Eagle's Compass tool to send data to Locally